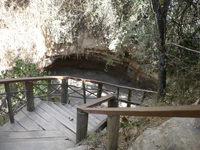 The Kariandusi archaeological site is amongst the first discoveries of Lower Paleolithic sites in East Africa. There is enough geological evidence to show that in the past, large lakes, sometimes reaching levels hundreds of meters higher than the Present Lake Nakuru and Elementaita, occupied this basin.

Dating back between 700,000 to 1 million years old, Kariandusi is possibly the first Acheulian site to have been found in Situ in East Africa. Dr. Leakey, a renowned paleontologist, believed that this was a factory site of the Acheulian period. He made this conclusion after numerous collections of specimens were found lying in the Kariandusi riverbed.

This living site of he hand-axe man, was discovered in 1928. A rise in the Lake level drove pre-historic men from their lake-side home and buried all the tools and weapons which they left behind in a hurry. The Acheulian stage of the great hand-axe culture, to which this site belongs, is found over a very widespread area from England, France, and Southwest Europe generally to Cape Town.

Tourist attractions within the site include: 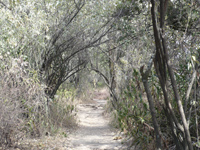 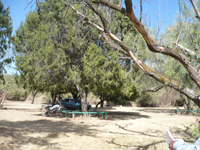 Kariandusi lies on the eastern side of the Rift Valley, about 120-km north north west of Nairobi; and about 2 km to the East Side of Lake Elementaita. It is situated at 0°, 28s, and 36° 17E. The site rests on the Nakuru-Elementaita basin which occupies the width of the Rift valley, flanked by Menengai crater on the north and the volcanic pile of Mount Eburru, on the south.