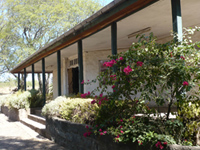 Located within Nakuru town, Hyrax Hill Museum depicts the lifestyle of seasonal settlement by prehistoric people at least 3,000 years old. The Museum is a former farmhouse ceded to the monument in 1965, by the Late Mr. A. Selfe. A small museum was opened here where artifacts from the Hyrax Hill site and other sites in the Central Rift Valley are displayed.

Numerous sites around the hill belong to different time periods with the earliest finds dating back to the Neolithic period. There is evidence in the form beach sands that a fresh water Lake once extended right to the base of the hill; turning the hill into a peninsular or even an island. The mighty prehistoric lake is believed to have covered the valley from Nakuru to Lake Elementaita about 8,500 years ago. Traces of it have been found at Hyrax Hill, the Wakumi Burial Site, Gambles cave and amongst other places. 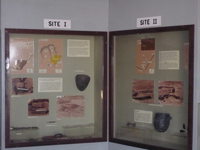 The hill was named after hyraxes which are found in abundance, living in cracks within rocks found in this area.

As a region of archaeological interest, the East African Archaeological Expedition of 1926, led by L.S.B. Leakey, first noted Hyrax Hill. In 1937, Mary Leakey undertook some archaeological surveys on the hill. Since then, research has been intermittent with major undertakings in 1965 by Ron Clarke.

The Kenya Government gazetted Hyrax hill as a National Monument in 1943, four years after the first archeological excavation on the hill. Since then Hyrax hill has been a renowned archaeological research area and a reference point for investigations of the prehistory of East Africa. Some sites have been excavated and left open for public viewing.

Other attractions within the site include:

Hyrax hill lies in the middle of Kenya’s Rift valley, about 4 km from Nakuru town. The site is close to the Nairobi-Nakuru highway. It is about 150 km away from Nairobi. From Lake Nakuru, the hill is about 4.5 km with its base about 100m above the Lake